The 2022 South Florida Folk & Acoustic Music Festival is going live! This is not your grandmother’s folk festival. We’re shaking things up this year, with folk, Americana, roots, Afro-Cuban jazz and more. 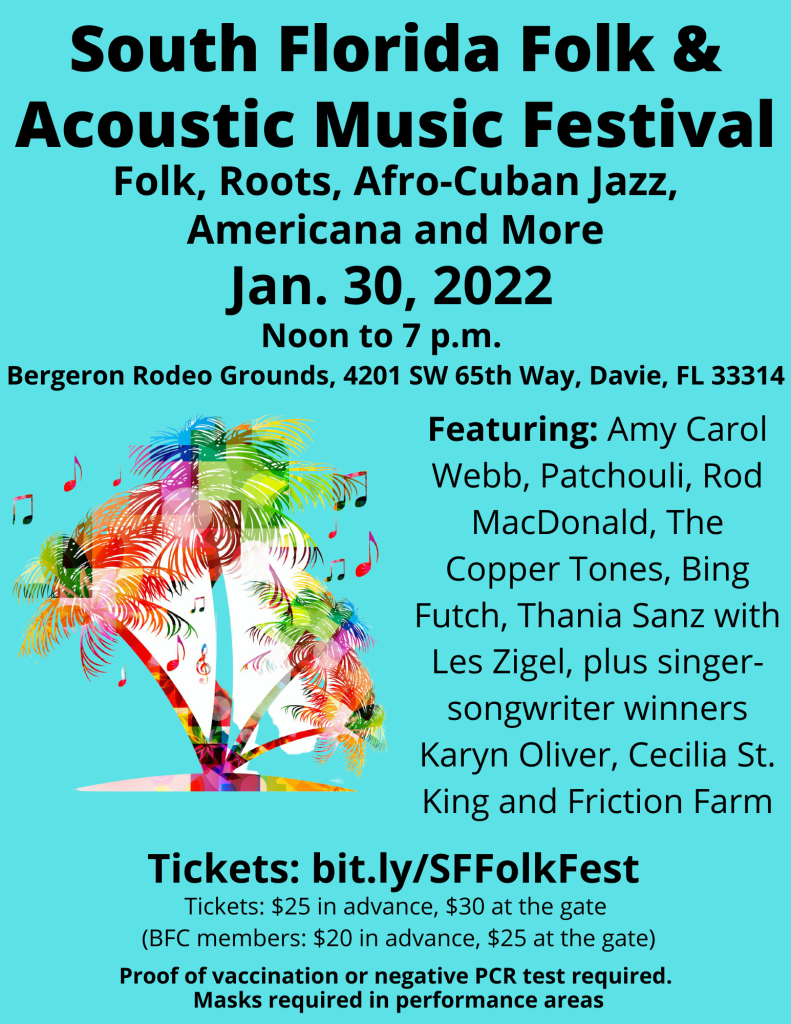 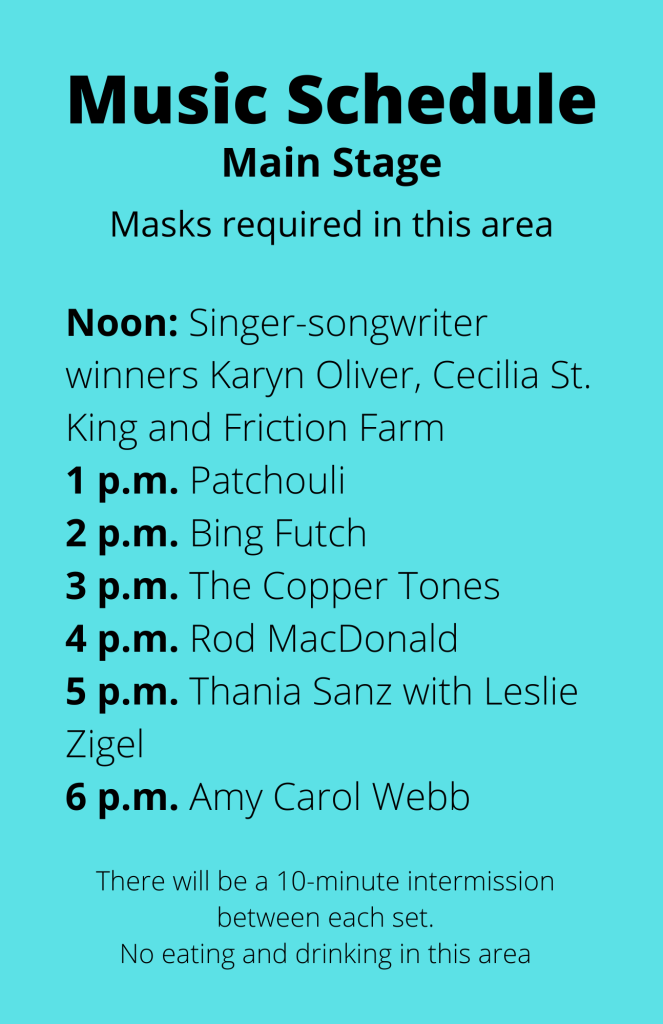 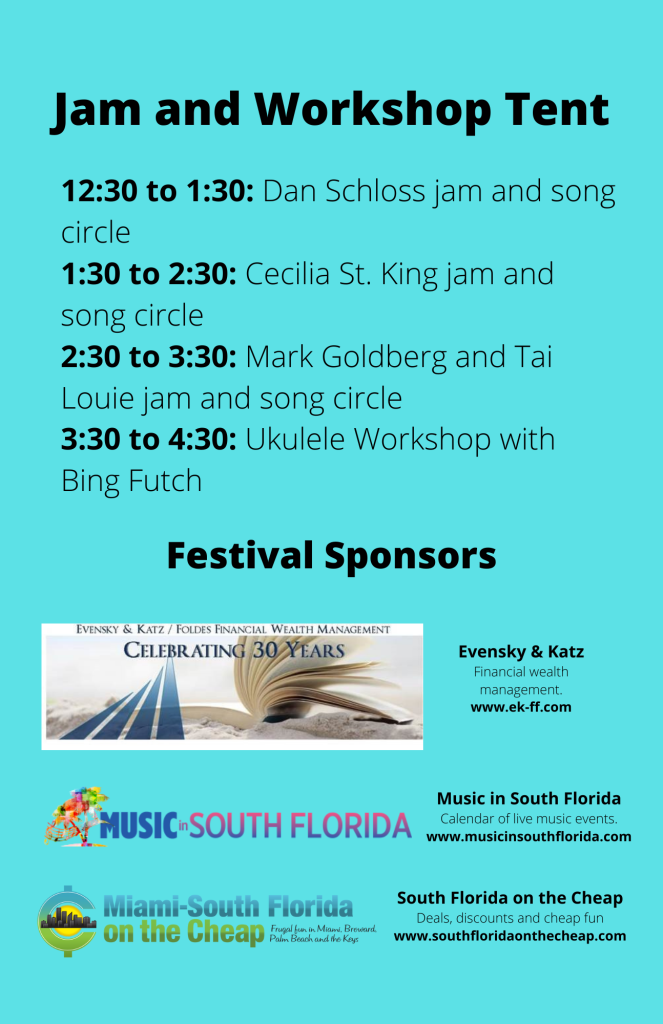 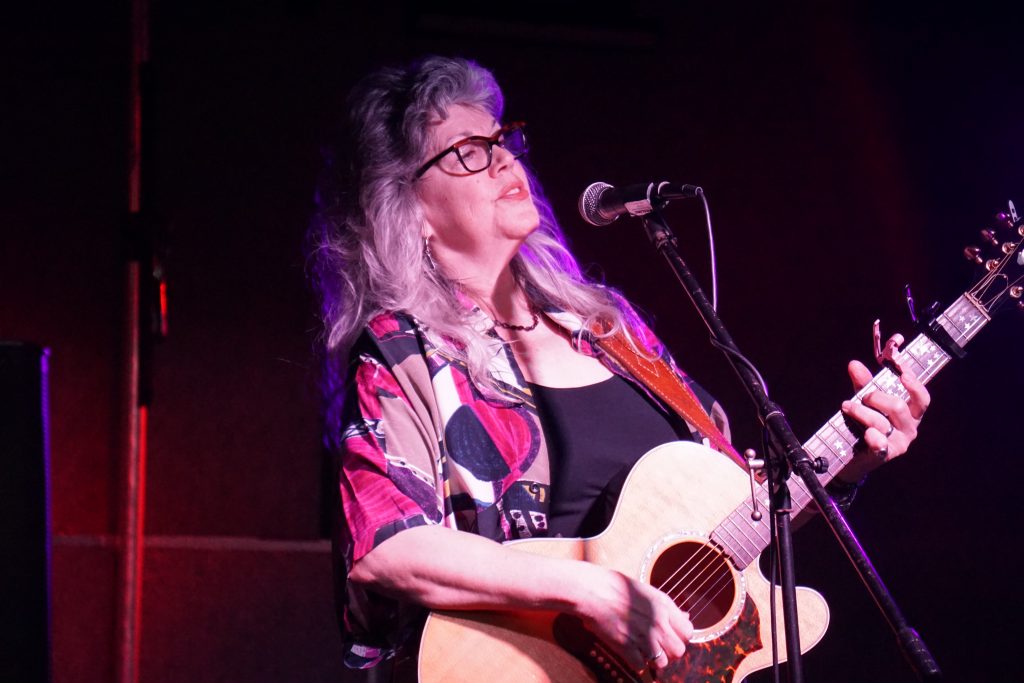 Amy Carol Webb. She’s the girl next door and no ordinary woman, who got her first guitar at age 11 and didn’t look back. Likewise, she came to Florida for the first time more than 30 years ago and knew she was home. From Florida’s rivers to the legendary forests of France, from historic festival stages to the Kennedy Center – teaching songwriting and voice from kindergarten to university – inside prison razor wire and outside in the streets in the name of justice and human rights – she raises the roof and lifts our spirits with beauty, grit, and grace.

She first played the South Florida Folk Festival in 1997, with nothing but a cassette tape recorded at home in her Miami Beach apartment. Winning the song competition the next year helped launch her first CD. And now, after 14 CDs, countless awards, a million miles on the road, and a calling to Unitarian Universalist ministry later, Amy returns to the people and the place her life in Florida folk music was born. The press has named her “One for the New Millennium,” and one of Florida’s “Ten Greatest Folk Singers of All Time.”  She just calls herself “Songweaver.” www.amycarolwebb.com

Rod MacDonald began his singing career in New York City, where he headlined Greenwich Village clubs and concerts for 20 years before moving to South Florida in 1995.  Rod has performed in such major festivals as Philadelphia and The Florida Folk Festival, and has recorded 13 CDs of his songs, many of them covered by other artists. His latest CD, Boulevard, made the top twenty on National Folk Radio charts.

During the pandemic, Rod has been singing regularly on Sunday nights on Facebook, and co-producing the monthly Greenwich Village Folk Festival. In addition to his performing and songwriting career, Rod has published two novels, and teaches Music Americana in the Osher/FAU Lifelong Learning Program, where he was named Distinguished Faculty Member in 2012.  www.rodmacdonald.com

The Copper Tones. Hailing from South Florida, The Copper Tones bring sunshine wherever they go. Performing roots music with a favorable twist of soul, rock, Americana and more, they have coined their genre as “Soulgrass.” This group of talented and diverse multi-instrumentalists gives a performance not to be missed. With a busy touring schedule, The Copper Tones have gained a reputation for quality musicianship both nationally and internationally.  www.thecoppertonesmusic.com

Bing Futch. Using Appalachian Mountain Dulcimer, Native American flute, Ukulele and a board full of stomp-boxes, Bing Futch celebrates traditional and modern Americana music with passion, humor and boundless energy. In 2014, Bing won the Solo/Duo Artist award in the Central Florida Blues Challenge competition, earning a coveted entry into the 2015 International Blues Challenge in Memphis, Tennessee. He was named “Best Guitarist” in the Solo/Duo category, despite competing solely on the mountain dulcimer. Bing keeps a busy schedule of performances, workshops and production that includes shooting episodes of Dulcimerica, a series on YouTube that has been viewed by millions of people worldwide. www.bingfutch.com

Patchouli. Patchouli & Terra Guitarra is the #1 Charting International Guitar duo of master guitarist Bruce Hecksel and singer-songwriter guitarist Julie Patchouli. Zone Music Reporter calls Terra Guitarra “one of the top nuevo-flamenco groups of the world.” They were awarded “Best Instrumental Album of the Year” for Of Sea & Stars.  Described as “Simon and Garfunkel meets the Gypsy Kings,” Patchouli is a folk festival headliner and public radio favorite with pure, sparkling lead vocals and beautiful harmonies.  www.patchouli.net

Thania Sanz.  Venezuela native Thania Sanz is a singer-songwriter, guitarist and vocalist, conversant in the rhythms of Latin jazz, R & B, bossa nova, folk and world music.  Thania is a graduate of The Berklee College of Music, and has more than 30 years experience in the field.  Thania has lived in New Orleans, Boston, Los Angeles, New York and Miami, where she has developed a catalog of more than 300 original songs covering an array of styles from boleros to cha-cha, mambo to son, pop to ballads, Latin jazz to swing, bossa, samba and blues. Thania writes and performs in English, Spanish and Portuguese.  Her live performance showcases her one-of-a-kind talent with magnetic performances and an energy that can only be described as uniquely Thania. www.thaniasanz.com

Karyn Oliver. 2020 South Florida Folk Festival Songwriters’ Competition winner Karyn Oliver is part Joan Osborne, a touch of Janis Joplin and a bit of Emmylou Harris – effortlessly oscillating from bluesy to country and back. Her musical inspirations come primarily from the eclectic mix of music to which she was exposed while growing up in the musically diverse culture of Washington, D.C. Karyn is a two-time Kerrville New Folk Finalist and Falcon Ridge Emerging Artist in 2011, as well as 2010 Mid-Atlantic Song Contest winner. www.karynoliver.com

Friction Farm. Modern folk duo Friction Farm is a husband-and-wife team of internationally traveling troubadours. Aidan Quinn and Christine Stay combine storytelling, social commentary and humor to create songs of everyday life, local heroes, and quirky observations. From ballads to anthems, each song is filled with harmony and hope. Friction Farm’s lyrically rich, harmony-driven songs have earned them spots as Kerrville New Folk Finalists and Falcon Ridge Emerging Artists. They are winners of the South Florida Folk Festival songwriter competition and have performed as official showcase artists at Regional Folk Alliance Conferences. Friction Farm feels at home on the road and on stage. Audiences lean into their stories, laugh at their humor, are inspired to do a little good in the world, and sing along once in a while. They have just released a new CD called “Evidence of Hope.” www.frictionfarm.com

Workshops, jams and song circles throughout the day, plus at the end of the festival.
COVID protocols: Proof of vaccination or negative PCR test within 3 days required of all attendees, vendors and performers. Masks encouraged, will be required in performance areas.

South Florida on the Cheap. Your top resource for free and cheap things to do in Miami-Dade, Broward, Palm Beach and the Keys.